Anyone with lungs can get lung cancer. For this reason, everyone should be aware of the potential dangers to their lung health. When most people hear of someone being diagnosed with lung cancer, they assume it was caused by a history of smoking. However, there are other causes that can affect our lung cells besides smoking and tobacco use. Knowing the leading risk factors for lung cancer will help you protect your lungs and participate with us in erasing the lung cancer stigma.

What is Lung Cancer?

Lung cancer is now the leading cause of cancer deaths amongst men and women in the world.  Also, it is the third most commonly diagnosed cancer. Every year, more than 235,000 new cases of lung cancer are diagnosed in the U.S., along with nearly 132,000 deaths.

Lung cancer is a disease in which abnormal lung cells continuously divide, destroying healthy tissue along the way. This abnormal cell division is also called a malignant tumor. Lung cancer can then metastasize, spreading to other parts of the body. Abnormal cell growth is often caused by harmful or radioactive substances that damage the lung when breathed, tobacco smoke being only one possible cause for lung cell damage. In fact, only 14 percent of the U.S. population smokes.

Though the percentage of people who are smoking is decreasing, lung cancer incidents and deaths are increasing because other causes of lung cancer are still impacting the population.

Oftentimes, lung cancer is not diagnosed until it has developed to a later stage due to a lack of awareness and early detection. A late-stage diagnosis often comes with a low chance of survival. Lung cancer can be hard to diagnose in the early stages with few initial symptoms and the lack of knowledge and awareness of the disease.

Many people believe that if they do not smoke or use tobacco that they could never develop lung cancer. The early signs of the disease are hard to detect as is. When it is thought of as never being a possibility, the chances of being diagnosed in a later stage significantly increases. Therefore, being informed of the potential risk factors and causes of lung cancer could be the difference between life and death. Anyone with lungs can get lung cancer. 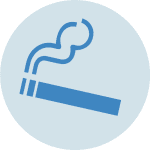 Tobacco smoking is the leading cause of lung cancer. According to the Center for Disease Control and Prevention, those who smoke are approximately 30 times more likely to get lung cancer than those who don’t. Also, cigarette smoking remains the leading cause of preventable disease and death in the United States. Studies also show that the more cigarettes smoked per day and the more years a person has smoked greatly increases the likelihood of developing lung cancer. 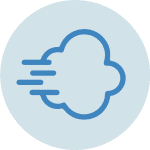 Secondhand smoke occurs when tobacco smoke fills an environment and is inhaled involuntarily. Since the 1964 Surgeon General’s Report, 2.5 million nonsmokers died just by breathing secondhand smoke, according to the CDC. Secondhand smoke contains thousands of toxic chemicals that damage the lungs. 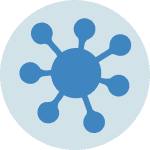 Exposure to certain hazardous chemicals and substances can cause damage to the lungs, which could result in lung cancer. Asbestos, uranium, arsenic, cadmium, chromium, nickel, and some petroleum products can be particularly dangerous to your lungs (learn more at the American Lung Association). The CDC states that some of these substances are far more dangerous than smoking tobacco. Certain jobs may be required to work with such chemicals; however, these chemicals could also be found in soil or older buildings due to a chemical spill. This type of contamination is often referred to as chemical vapor intrusion. Learn more about keeping your indoor air quality safe. 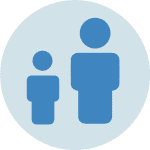 If your family members have been diagnosed with lung cancer, you may be more likely to develop the disease, as well. This could be based on living in or being exposed to the same environment and breathing the same level of air quality. If an environmental factor caused their diagnosis, there is a chance you could be at risk, too. Lung cancer could be contributed to members of a household being exposed to radon, cigarette smoke, and other hazardous elements that can cause lung cancer. Also, family history may play a role in the susceptibility of cell mutation. 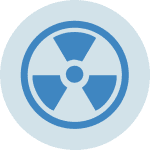 Many individuals have never heard of radon – a colorless, odorless, tasteless, radioactive, naturally occurring gas. Yet, the EPA states radon is the leading cause of lung cancer among nonsmokers. Over 21,000 people die from radon-induced lung cancer every year in the United States alone. Also, smokers exposed to elevated radon levels have a much higher risk of developing lung cancer. Learn more about the symptoms of radon gas poisoning on our blog.

How does radon harm your lungs? Radon is a naturally occurring radioactive gas that is released from the breakdown of uranium in the ground. This gas can seep into your home, your office building, your schools, or any building for that matter through cracks and openings in the foundation. Once radon is present, it can then damage your lungs when breathed. The higher the level of radon in an indoor environment, the higher chances of damage to your lungs.

The EPA recommends installing a professional radon mitigation system if the radon level is 4.0 pCi/L or above. However, there is no safe level of radon. The first step in preventing your exposure to radon gas is to test.

Test your home in the Louisville or Lexington area or contact a certified radon specialist in your area.

How do you reduce your lung cancer risk?

Protecting your lungs from the risk factors above is the best way to reduce your risk and prevent the developing lung cancer. Take these steps to keep your lungs healthy and safe:

If you are currently or have been exposed to any of the risk factors for lung cancer, talk to your doctor. Take steps and preventative measures to reduce your risk and protect your lungs. Also, discuss the signs and symptoms of lung cancer with your primary care doctor if you think you are experiencing these symptoms.

Furthermore, there is no guarantee of life-long healthy lungs. It is important to talk to your doctor and advocate for your lung health. Early detection and prevention gives lung cancer patients the best chance at fighting the disease.

Enter your zip code to learn about the radon levels near you.